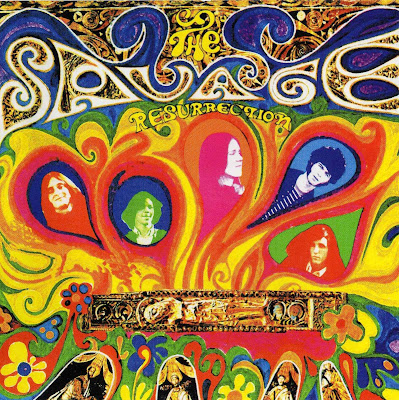 On their only album, the Savage Resurrection mined a psychedelic sound that was not as heavy and metallic as Blue Cheer (also produced by Abe "Voco" Kesh), but at the same time more garagey in feel than that of the average Bay Area psychedelic band. Sometimes it's pedestrian blues-rock with overlong riffing, as on the accurately titled "Jammin.'" At its best, it has the spacier, folkier, and more melodic feel that was characteristic of much '60s Californian psychedelic music, as on "Someone's Changing." More dissonant and Middle Eastern influences make themselves known on "Every Little Song" and "Tahitian Melody," and the backup vocals on "Remlap's Cave, Pt. 2" indicate that they did their share of listening to the Who's "A Quick One, While He's Away." Randy Hammon and John Palmer create an intense and thick dual-guitar sound throughout (separated so that Hammon's playing is on the left channel, and Palmer's on the right). The CD reissue on Mod Lang adds informative historical liner notes and three previously unissued rehearsal recordings as bonus cuts, including different versions of "Thing in 'E'" and "Tahitian Melody," and a cover of "River Deep Mountain High." (Richie Unterberger, All Music Guide)

Original copies of this 1968 album (the group's only release) now change hands for hallucinogenic prices. Guitarist Randy Hammon recently managed to wrestle licensing rights from PolyGram and now you can hear this young, punk-psychedelic outfit without breaking the bank or going bootleg.
Their self-confessed Hendrix obsession is immediately obvious. First track, Thing In E, is a speeded up version of Jimi's first album, first track, Foxy Lady. Throughout one hears similarly loud echoes. Love obviously motivated the intricate structure and well-executed tempo switches of Someone's Changin', and Country Joe is conjured up by the good-humoured, hippy-funk of Fox Is Sick.
What saves the group from dismissal as well-meaning imitators (and from the vaults of collectors) are the glimpses of raw power they show on fuzzed-up R&B doodlebugs such as Appeal To The Happy and, conversely, moments of left-field, ethnic delicacy, as on Tahitian Melody. Undeveloped potential to go. 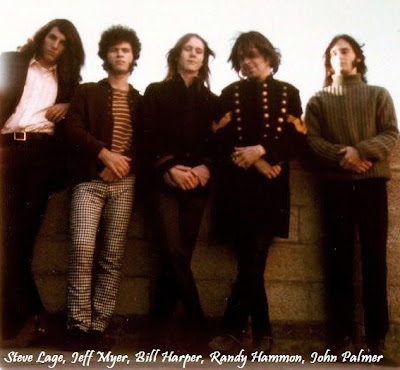 Thank you very much silverado :)