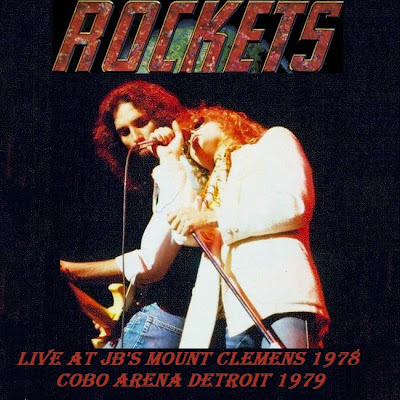 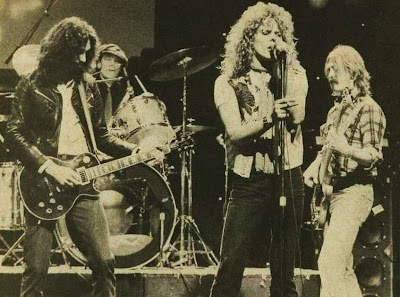 About Cobo Arena Detroit 1979 : This is not the complete show, this is the most listenable portion of a tape I recorded from the radio. Approximately the first 15 minutes and the last 30 minutes are not included. 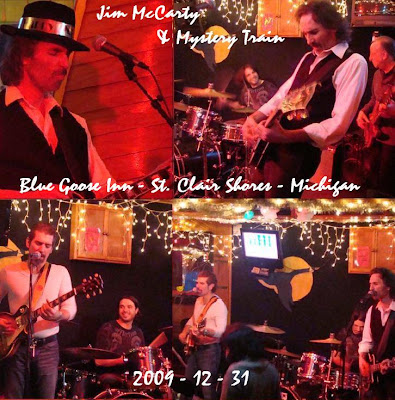 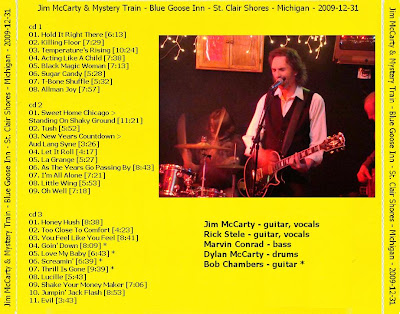 Fantastic concert by Mystery Train with Jim McCarty & Rick Stell guitars on fire !!!
Many Thanks to Billy Bardo for sharing these gems !!! 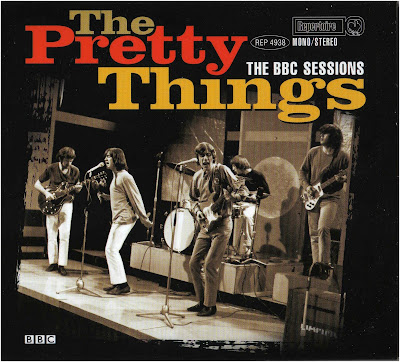 The Pretty Things were really two groups. 1. The studio band who used the facilities of Abbey Road to their ultimate and produced crafted recordings the equal of The Beatles. 2. The live band who shed many of the niceties in favour of dynamics and a heavier, rockier sound. This excellent value double CD (each one is 79 minutes long) highlights much of the bands BBC session work which extended from 1964 through to 1973. Many of the songs underwent changes during the course of numerous gigs and these changes were usually for the better. The inclusion of guitarist Peter Tolson on the Parachute material also served to kick the songs onto a different harder hitting plain and also served to illustrate his wonderful and much missed guitar virtuosity.Repertoire's packaging and Mike Stax's sleeve notesd is first rate. The only grouse being the missed opportunity to hear a number of songs that were never recorded and survive still in the BBC vaults. (By Alan Lakey)
The Pretty Things were no strangers to the various converted theatres, cinemas and hotels that made up the suite of studios in which the BBC recorded radio light entertainment shows, gardening forums, dance hall orchestras and rock bands.
In fact the earliest session here dates from October 1964, which coincides with the release of only their second single, Don't Bring Me Down. The five track session is included in full and includes Don't Bring Me Down, Big Boss Man (which had been the B-side of the first single) and R&B selections from their future first album, including two by Bo Diddley, from whose song Pretty Thing the band took their name. On the two singles session drummers had been employed, so here is a chance to hear the tunes performed exclusively by the band.
It isn't clear how many sessions and concert appearances the band made between 1964 and 1976 when the band were mothballed for quite a while, but sixteen are drawn from on these two discs. In the sixties these were taken from Saturday Club and John Peel's Top Gear programme, but in the seventies they are drawn from various presenters' shows, including David Symonds, Alan Black, Mike Harding and John Peel. Broadcast dates are given, but further details such as recording dates, line-ups and studio locations are skimpy at best.
There are two recordings of their minor 1966 hit Midnight To Six Man, one for a TV show (in very poor sound), the other far better performance from Saturday Club, and, like the single, featuring the tinkling ivories of session pianist Nicky Hopkins. After this came a swift change of direction, when like a lot of bands, they temporarily ditched soul and R&B and fully embraced psychedelia. In the case of the Pretties this included sitar-soaked pieces such as Defecting Grey and Turn My Head (a song that never got a commercial release), and then the full blown and highly influential mini-opera S F Sorrow, from which all of their 1968 session for Top Gear was drawn.
The Pretty Things were in a constant state of flux with frequent changes in line-up and neither of the two songs included from their 1969 session made it onto a record either, and by 1970 even founder-guitarist Dick Taylor had left the band leaving only original vocalist and songwriter Phil May left from the line-up that had recorded Rosalyn, their first single from 1964, though Dick Taylor did make a guest appearance on their 1972 re-visit to the song for Top Gear. Nevertheless, the Parachute album material and the various tracks from singles that make up what they recorded for the BBC on the rest of the first disc show a lively, focused, inventive band very much on top of their live performances, with the new members clearly being allowed full creative input.
Disc One's final track and the first four songs on Disc Two all come from the same concert, recorded in stereo on 9 August 1973 at the Golders Green Hippodrome, for the In Concert programme, introduced by Pete Drummond. Indeed, at a approximately half-an-hour it probably represents the full segment of the Pretty Thing's part of the hour long show, and includes an uncredited performance of Onion Soup/Another Bowl. Most of this featured on their album Freeway Madness, though also included is their cover of Route 66, a song also covered by the Rolling Stones, a group with which the Pretties were often compared in the early days, especially since Dick Taylor had been a member of an early version of that band before they were signed. Onion Soup and Route 66 also featured on a studio session for Bob Harris's Sounds Of The Seventies recorded a fortnight later, and on which they previewed Atlanta, which was to figure on their album Silk Torpedo in 1975.
Two sessions for John Peel recorded at Maida Vale (and not for In Concert or in front of an audience as stated in the booklet notes) in December 1974 and July 1975 conclude the second disc. They mainly again draw from Silk Torpedo, though there are two surprises. The first is an unlikely version of Dudley Moore's instrumental theme tune for the series Not Only But Also, probably led by recent keyboard recruit Gordon Edwards, and the other is a stomping return to Big City, a song written by their manager Jimmy Duncan from their eponymous first album of a decade earlier.
It is fascinating to retrace the rocky road travelled by the band over this eventful decade in these unique and valuable recordings. Some of them come from transcription discs made for World Service broadcasts, without which many of these and other priceless sessions by other bands and artists would not have survived at all. How much more of their BBC work has survived isn't known though there are hints in the booklet that there may be more to come on further releases, which I for one will be keen to explore.(By Laurence Upton ) 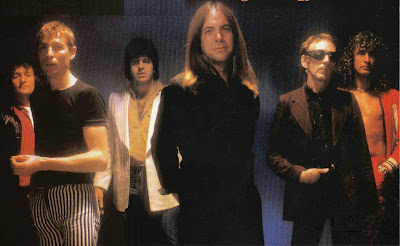