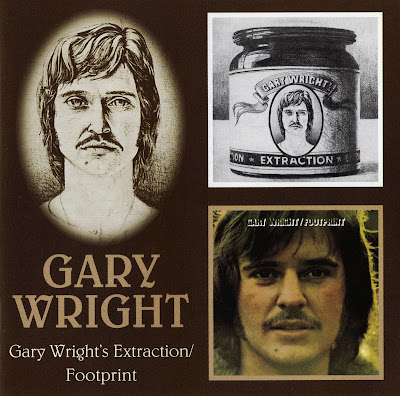 Gary Wright, like Steve Miller and Peter Frampton, was a musical journeyman who just kept plugging away until he earned some well-deserved success in the mid-70's. But, his best work came well before "The Dreamweaver" was released, as you will hear when you listen to these two albums.
"Extraction" and "Footprint" are nearly cut from the same mold, they are so similar in structure and style, and they fit together seamlessly in this re-release. Wright was good at melding punchy uptempo rockers with reflective ballads. He featured a good deal of electric piano on these tunes, and partly as a result, the work is lighter and more buoyant than his work with Spooky Tooth.
Highlights include "Get On the Right Road", "I Know a Place", "The Wrong Time" and "Too Late to Cry" from "Extraction", and "Gimme The Good Earth", "Two-Faced Man", 'Whether It's Right or Wrong" and "Fascinating Things' from 'Footprint'. If you have some familiarity with the albums, you'll understand that I favor Wright's harder rocking tunes. 'I Know a Place" is a particularly special treat, showcasing Blodwyn Pig/Jethro Tull guitarist Mick Abrahams in a rare appearance as a sideman for another rocker.
"Footprint" is the more assured, mature record of the two. It features a really stellar cast of musicians, including George Harrison and Jim Gordon--check out the energy that Gordon adds to "Two-Faced Man", "Whether It's Right or Wrong" and "Fascinating Things". "Fascinating Things", an ominous track that blows in like a summer thunderstorm, also features Wright trading wicked licks (on organ) with the excellent guitarist Jerry Donahue (Fotheringay, Fairport Convention) who is still active and contributing to contemporary albums like Linda Thompson's 'Fashionably Late" .
"Two-Faced Man", featuring Harrison's slide guitar, deserved to be a hit . Wright and Harrison performed the song on the Dick Cavett show in 1972, and anyone wishing to view the footage should buy the Cavett 'Rock Stars' dvd which is now widely available. Yes, it's on Youtube as well.
Though Wright's "Extraction" and "Footprint' are dated somewhat in their themes of ecological and altruistic concerns, they still sound fresh musically, and this cd is remastered to bring out the best in the music.
Fans of Spooky Tooth, Wright's old band, should also check out bandmate Mike Harrison's albums, "Mike Harrison with Junkyard Angel", and "Smokestack Lightning'. Considering that the Spooky Tooth album, 'Last Puff' was largely a solo project for Harrison, a case can be made that he more than matched Wright's early efforts.(By Peter Baklava) 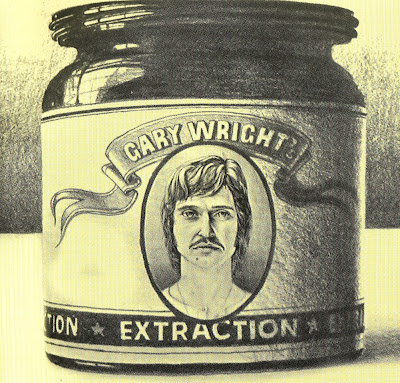 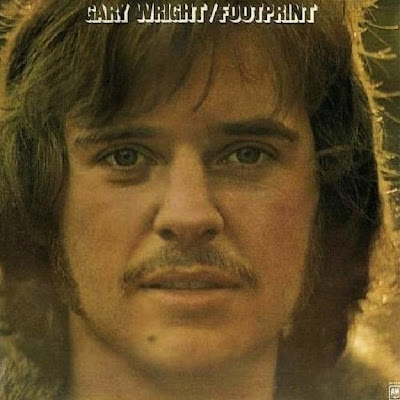 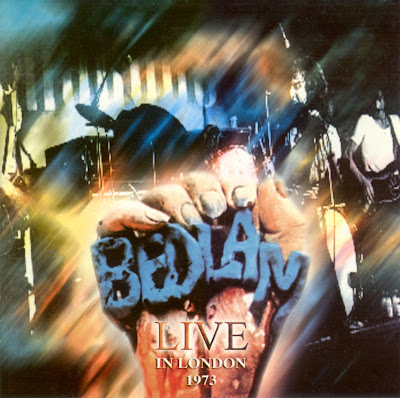 Liner Notes from Denny Ball:
Monday 22nd October: Command Studios Theatre in Picadilly. Show set up by Chrysalis records and our management. The idea was to record the band in a live environment and then send those recordings out to America for use by FM radio stations to promote our forthcoming support slot on Black Sabbath's 1974 tour there.
We were actually quite rude to the audience that night, treating them as extras in the evening's proceedings. We were so focused on getting the music down on tape that, when the tape ran out during the show, the audience were expected to amuse themselves whilst the engineer got things back on track.
They hadn't paid to see the show; Chrysalis had sent free tickets out for the event. 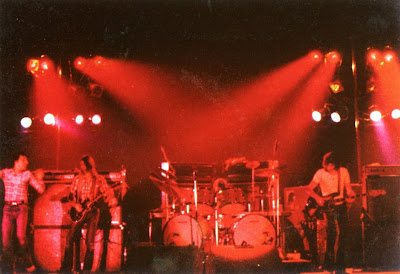