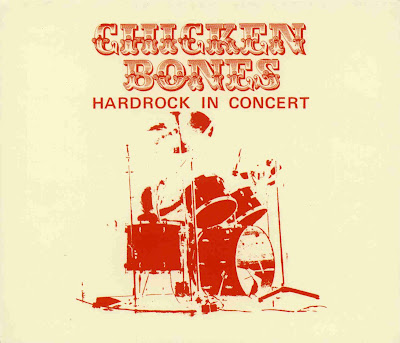 The title of Chicken Bones' album Hardrock In Concert (1976) says it all! There are six "very hard rocking tracks" included therein, performed in the good old tradition of the early seventies heavy progressive scene. Most of the album is instrumental, and offers Rainer Geuecke plenty of opportunities to reveal his musical skills. The two longest tracks are the highlights: "Water" with the whisper of the sea and some beautiful acoustic guitar and "Factory Girl" which was in a more typical hard rock vein. This album has an excellent and well-balanced sound for a private release. The recordings were done in only one week live in the studio - or more probably a barn!
These were an obscure heavy progressive, who almost certainly had their roots in the late-1960's, and were definitely inspired by Jimi Hendrix and early British bands, like Back Sabbath, Tractor, et al., but were notably much more free and improvised. Despite the title of their album, Chicken Bones were not at all mundane hard rock, but were highly creative and often moved very close to May Blitz, early UFO or Cargo, but with lots of nice moves and flowery guitar work-outs. Basic, and gutsy admittedly, Chicken Bones were a lot better than the reputation that preceded them, and their album became quite a sought after obscurity.
Chicken Bones existed in various forms for around a decade, afterwards ending up as the vastly inferior more metal oriented Revanche, then eventually disbanding in the 1980's. 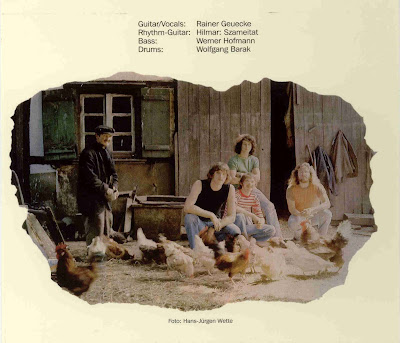