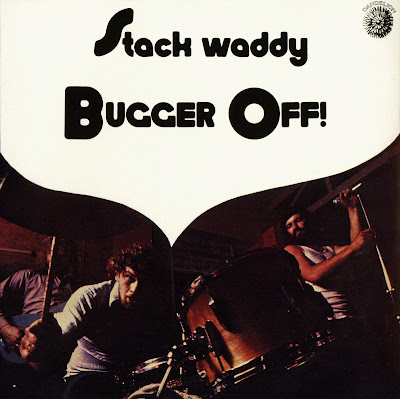 Stack Waddy's second and final studio album Bugger Off. Originally released in 1972 John Peel favorites Stack Waddy were a raucous Rock 'N' Roll quartet from Manchester who were signed to the late DJ's Dandelion Records in the early '70s. This release also includes the 'lost' BBC Peel Session of 1972 as bonus tracks.
"John doesn't claim to sing, his voice acting more as an instrument than a method of conveying words... Mick produces the most incredible noises out of his old battered machine... Stuart's bass chews its way through a number, while his hair flies as he leaps about like a soul in everlasting torment... Steve provides a form of percussion of an alpine rockfall intensity..." 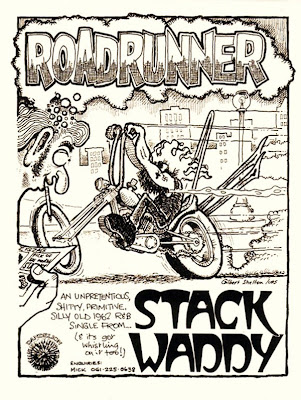 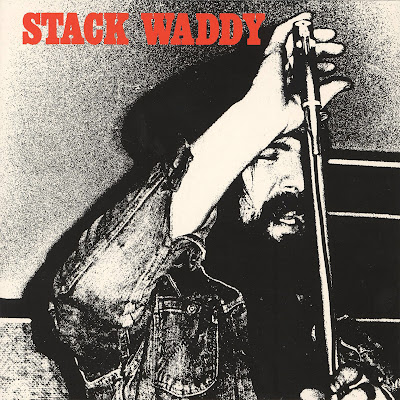 Stack Waddy's debut album is one of the "must hear" discs of the early 1970s, an uncompromising roar that might cavort through that shell-shocked no man's land that sprawls between Captain Beefheart and the Edgar Broughton Band, but which winds up defiantly beholden to absolutely nothing else you've ever heard — one reason, perhaps, why the group vanished with so little trace.Recorded live in the studio (or thereabouts, Stack Waddy is a blurring blend of brutal band originals and deliciously mauled covers. Beefheart's "Sure Nuff Yes I Do" is an unblinking highlight, while raw takes on "Suzie Q" and "Road Runner" remind us of the group's mid 60s genesis on the Manchester R&B scene.
There's also a version of Jethro Tull's "Love Story" that comes close to topping the Sensational Alex Harvey Band in terms of lascivious power and ferocity. Certainly John Knail takes no prisoners as he howls his way through and, while Stack Waddy holds back from completely recreating the live band experience (there's no breaking bottles, for a start), still this is one of those few albums that genuinely requires you to wear protective clothing. 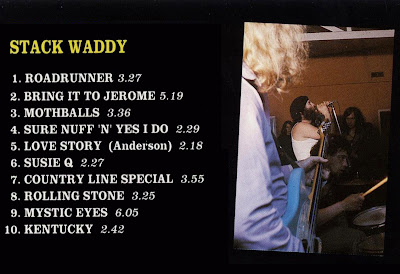