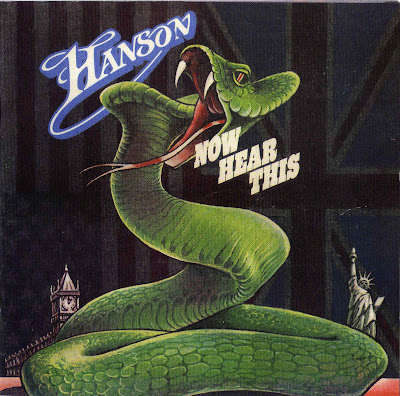 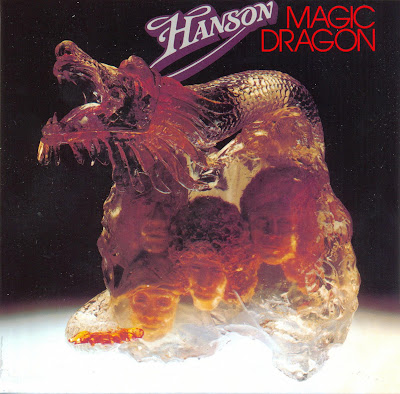 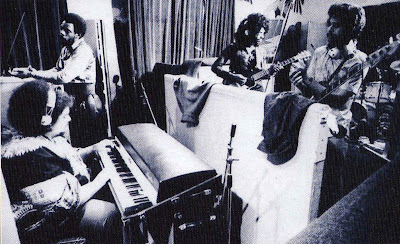 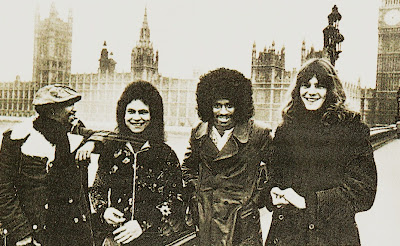 The band HANSON was formed in 1973 by Donald Hanson Marvin Kerr (Junior Kerr, Junior Hanson, Junior Marvin), best known as the enigmatic and dynamic lead guitarist of Bob Marley And The Wailers.


Born in Jamaica, Junior moved to London as a child, where his love of both acting and music was nurtured. He appeared in the Beatles film Help (1965), which was followed by a number of other television appearances. Meanwhile, Junior served his musical apprenticeship in America, playing with the likes of blues legend T-Bone Walker and Ike & Tina Turner. He quickly earned a reputation as an innovative and expressive blues/rock guitarist. Back in England, he played with bands such as Herbie Goins & The Nighttimers, Blue Ace Unit and White Rabbit.


In 1970 Junior landed a role in the critically acclaimed cult stage musical Hair at the Shaftsbury Theatre in London's West End - he can be heard on the Original London Cast recording, released in 1972. After contributing to albums by Gerry Lockran and Rebop Kwaku Baah, Junior was invited to join the Keef Hartley Band, who were pioneers of the burgeoning British blues/rock scene. Junior made a significant contribution as a writer, singer and lead guitarist to their acclaimed Seventy Second Brave album, and also appeared on the follow-up release, Lancashire Hustler.
In early 1973 Junior assembled the band HANSON, and they were swiftly signed to Emerson, Lake & Palmer's Manticore label by Mario "The Big M" Medious. Their debut album, Now Hear This, featured a veritable who's who of musicians from the genre, and they served up a potent fusion of funky psych-tinged blues-rock. The rich blend of talents and influences was expertly engineered by the legendary John Burns, whose previous clientele had included Jethro Tull, Genesis, Humble Pie, Spooky Tooth, King Crimson, Traffic, Mott The Hoople, Fairport Convention, Deep Purple and Marc Bolan. At the beginning of 1974 Junior disbanded the existing line-up of Hanson and assembled an entirely different group of top musicians. The result was the album Magic Dragon, an uncompromising slice of kick-ass funk-rock, which was again released on Manticore and engineered by Burns. After a short American club tour the band split up, and Junior undertook session work for the likes of Island artists Stomu Yamashta, Sandy Denny and Steve Winwood, and reggae stars Bob Marley & The Wailers, Delroy Washington, Toots & The Maytals and Rico Rodriguez. On Valentine’s Day 1977, Junior was invited to join Bob Marley & The Wailers as a full-time member, becoming an integral part of the band's international success, and thus their unparalleled, unique socio-musical legacy. His rich guitar licks, borne of so many influences and such a diverse career experience, adorn the albums Exodus, which was selected by Time magazine as their ‘Best Album Of The 20th Century, Kaya, Babylon By Bus, Survival, Uprising, Confrontation and numerous compilations. For many years after Bob's passing in 1981, Junior continued at the helm of The Wailers, writing new material and contributing lead vocals and lead guitar. During this period the band embarked upon numerous world tours and released a quartet of highly acclaimed albums; ID, Majestic Warriors, Jah Message and My Friends (Live). Junior has also remained a much-in-demand session player, working with the likes of Burning Spear, Alpha Blondy, Bunny Wailer, Israel Vibration, Culture, The Meditations, Beres Hammond, The Congos and O.A.R. Junior is currently putting the finishing touches to his long-awaited solo album Wailin' For Love, which will be released shortly.
The Hanson albums Now Hear This and Magic Dragon were criminally overlooked at the time of their release, and neither has ever appeared on CD. Junior is very keen to rectify this situation, and is currently looking to secure a deal to enable them to be heard again by the music buying public...(By Vvche)