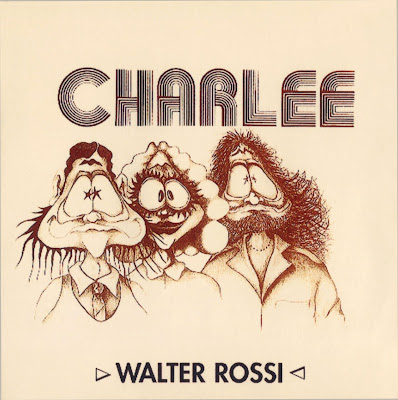 Their album, which got a U.S. release on Mind Dust four years after its initial Canadian exposure, is full of good pulsating hard rock numbers featuring lots of superb guitar work from the hands of Walter Rossi.

The instrumental opening cut, Wizard, sets the tone and driving hard rockers like Lord Knows I've Won, the imaginative Just You And Me and Wheel Of Fortune. Let's Keep Silent is notable for lots of fuzz guitar work and A Way To Die is a slower song featuring lots of Rossi's fine guitar work. All bar one cut were penned by Rossi (four were co-written with Danny Ippersiel). An album well worth checking out.

Before forming this great band, Canadian guitar wizzard Walter Rossi had cut his teeth in the late 60s with some pretty big names like, Wilson Picket, and The Buddy Miles Express. He even turned down offers from Three Dog Night and Janis Joplin. Walter also had the pleasure of jamming with Jimi Hendrix and Buddy Miles on several occassions during their Band of Gypsies days.

Then back in Canada, Walter co-founded the progressive rock band Influence in 1969.

After being signed by ABC records, they went on tour opening for The Doors and Steppenwolf. In 1971 he formed Charlee. This is heavy rock at it's very best! This lost, virtually unheard album from the early 70's is absolutely amazing and essential to anyone interested in metal. It ranks up there with Montrose, Sad Wings of Destiny and early Trower.

This one and only album by Charlee is a stone dead classic. I've only known one person who ever owned it but back then we all made tapes and cherished it as the great lost classic of rock that it still is (By Rate Your Music).