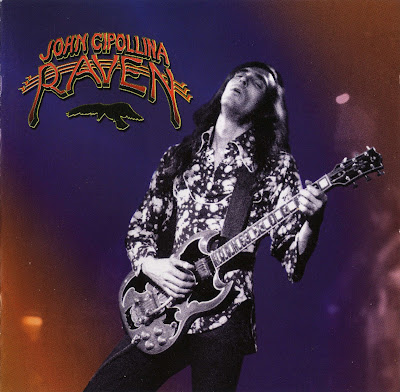 I saw John Cipollina once, playing with Man at Newcastle City Hall in the 1970's. Many years later I asked Deke Leonard what it was like playing with John. His face lit up and said that it was awesome. I have long been an admirer and so by it's very nature this review is somewhat biased.
This year fans will see the DVD version of an earlier VHS tape, Electric Gunslinger, now alas out of print, which will include clips of many of the bands that John played with and hopefully Raven will be part of that footage.
Originally released as a transfer to CD of some tapes by a German label (and it showed) this is a cleaned up, much improved expanded version which will be gratefully received by John's legions of devoted fans. The extensive notes of the story of Raven and their trials and tribulations so lucidly and cogently by Mike Somavilla set the scene before listening to the music itself.
I was tempted to award this album five stars at first but feel that the CD does not really do justice to the music contained therein. Given the sources the mere fact that we have the album this good at all is extremely commendable but I feel that the album does not fully reflect the performances and thus the four stars.
Given the origins of the band from the notes it should come as no surprise to find songs which reappeared under other guises later. Raven is described as John's version of a big band and the album is a testament to that idea. Throughout listeners will find John's trademark sound but within the context of playing in a band and allowing others to make their contribution. He does not dominate or overwhelm but his presence is always felt. On some of the songs John contributes more than on others bu the overall impression is one of a band playing and having fun. 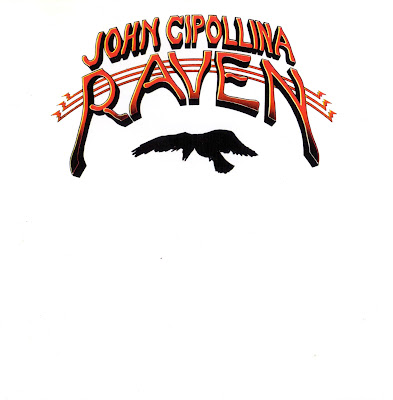 The things that shine through this album are the way the band plays together. It's only rock'n'roll but they obviously like it. I think that had the recordings been better then the interplays between the various members would have been clearer but you cannot have everything. There is a tightness in the performances which shows the familiarity of the material and sense of sharing. It is clear too that the band members shared a closeness which is more than friendliness, a sort of spirituality which is very special.
I very much enjoyed this album, as a historical record, as pieces of John Cipollina playing, as a pice of the great Bay area musical legacy and just as listening to a rock'n'roll band. To me the great thing about John Cipollina is his guitar playing. But the other great thing is his willingness to play rock and roll. He was not concerned about his status as a star but clearly was a musician who liked the idiom and liked to perform and liked to do so with other kindred spirits. Sharing his wealth of talent is the mark of a special man, of a man with humility and a generous spirit and these attributes are clearly in evidence in these peformances. (By Junglies) 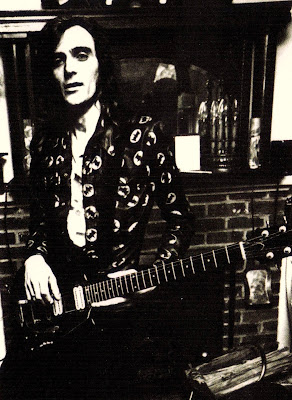