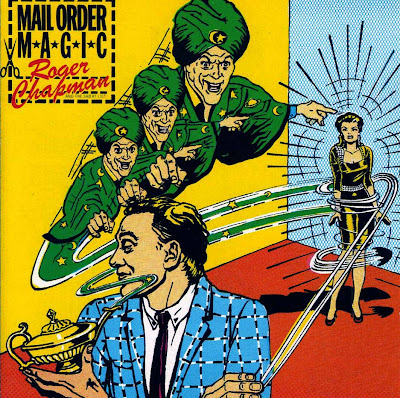 Roger Chapman's second studio album, Mail Order Magic, was recorded under some Roger Chapmantough conditions for the singer. Punk and new wave were sweeping England of any "oldies" acts, and Chapman was having trouble taking root in his own country. In addition, the label to which he had signed was folding, giving him a deadline to finish and release the album. Meanwhile Chapman, still high from the success of continental tours, tried to up the ante by recording with better players, including old Family-mate John Wetton. But lack of finances bumped the sessions from studio to studio, and Terry Barham and Paul Smykle (notable for reggae production) were brought in to stitch together the recordings into a pressable album. Considering all of this, the results were fantastic. The hard-edged rock, especially "Unknown Soldier," suited Chapman's edgy voice best. The Shortlist also served up R&B and even a little experimental music ("Ground Floor" sounds like an early demo of "Higher Ground"). Chapman would find a more comfortable career down the road, but the material would rarely be as convincing and as powerful as this.(Patrick Little)

It's hard to keep reviews of obscure 22-year-old recordings in context. In some ways, this CD has not aged as well as others in Roger Chapman's extensive solo discography, yet one has to recall the dreadful state of corporate-run FM radio back then (and now).
This recording is one of the better ones from Chappo's collaborations with guitarist Geoff Whitehorn. Standouts include Unknown Soldier (Can't Get To Heaven), Mail Order Magic, Making The Same Mistake, Barman, Higher Ground, and Ground Floor. Poli Palmer, another Family alum, co-wrote Barman, Higher Ground, and Ground Floor, and John Wetton kicks in some nice bass chops on a couple of tracks. Whitehorn delivers consistent, solid lead guitar, showing some flashes of brilliance (but ultimately making me miss Charlie Whitney's lead all the more).
Chappo is the main attraction, of course, and he delivers the goods, really shining on the title cut, Unknown Soldier, and He Said, She Said.
I doubt that this CD won Chappo many new fans outside of Germany, but it certainly is essential listening for his core faithful.(By Loce The Wizard) 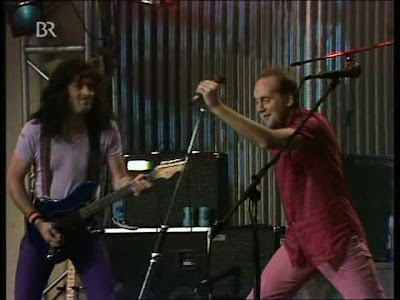 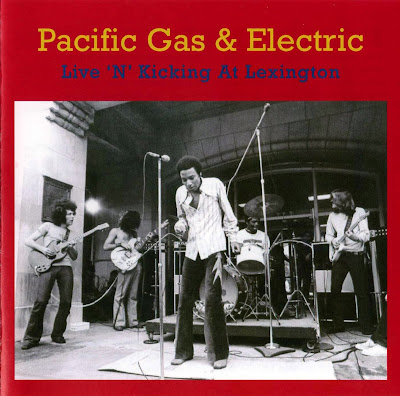 The band was formed in Los Angeles in 1967, by guitarist Tom Marshall, bassist Brent Block, second guitarist Glenn Schwartz (previously of The James Gang) and drummer Charlie Allen, who had previously played in the band Bluesberry Jam. When it became clear that Allen was the best singer in the new group, he became the front man, and Frank Cook, previously of Canned Heat, came into the band on drums. Originally known as the Pacific Gas and Electric Blues Band, they shortened their name when they signed to Kent Records, releasing the album Get It On in early 1968. The record was not a success, but following the band's performance at the Miami Pop Festival in May 1968 they were signed by Columbia Records.
Their first album for Columbia, Pacific Gas and Electric, was issued in 1969, but they achieved greater success with their next album, Are You Ready in 1970. The title track reached # 14 on the Billboard Hot 100.[3] After the album was recorded, Cook was injured in a car accident and was replaced on drums by Ron Woods, Cook staying on as manager. Marshall and Schwartz left, and were replaced by Frank Petricca (bass) and Ken Utterback (guitar), with Brent Block moving to rhythm guitar before leaving later in 1970. Unusually for the time, the band contained both black and white musicians, which led to rioting and gunfire on one occasion when the band, who toured widely, performed in Raleigh, North Carolina.
In 1971, the band changed their name to PG&E, following pressure from the utility company of the same name. The band also expanded, Allen, Woods, Petricca and Utterback being joined by Jerry Aiello (keyboards), Stanley Abernathy (trumpet), Alfred Galagos and Virgil Gonsalves (saxophones), and Joe Lala (percussion). They recorded the album PG&E, and also appeared in and provided music for the Otto Preminger film Tell Me That You Love Me, Junie Moon starring Liza Minnelli. The band then split up. A final album using the name, Pacific Gas & Electric Starring Charlie Allen, was recorded by Allen with studio musicians and released on the Dunhill label in 1973. For a time the group also included Rick Durrett formerly of the band The Coven on keyboards.

A real nice 5-piece blues-based, rock and roll band kickin' out the jams, live in Lexington, KY. I'm glad someone realized they had this concert and released the audio for our enjoyment. This is 2 guitars, bass and drums blues-based rock and roll at its finest, vintage 1970. Yowza!(By Ted J. Wagner "Teddy James") 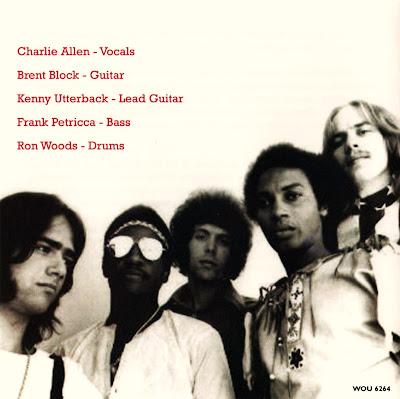