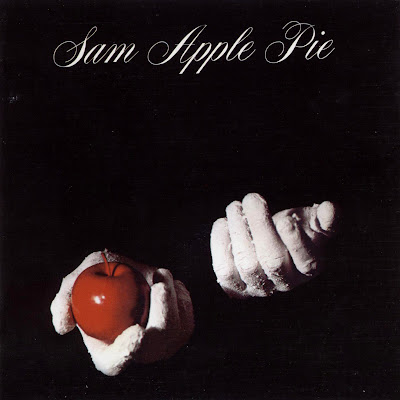 Formed in Walthamstow, London, where they ran their own club 'The Bottleneck Blues Club', Sam Apple Pie soon attracted a large live following, with a mix of goodtime blues and boogie, interspersed with humour. In October 1969 they played the Amougies festival, in Belgium, where Frank Zappa jammed with them.
They wrote all but one of the songs on their first album Sam Apple Pie (1969) which featured lead singer Sam "Tomcat" Sampson with Mike "Tinkerbell" Smith and Steve Jolly on guitars, bassist Bob "Dog" Rennie, Malcolm Morley on keyboards and Dave Charles on drums.
In 1970 they played the first Glastonbury Festival, after which Morley and Charles left to form Help Yourself and Steve Jolly to join Procol Harum offshoot Freedom. After several more line up changes, the band recorded their second album East 17 in 1973, with Sam Sampson and Bob Rennie from the first album supported by Andy Johnson and Denny "Pancho" Barnes on guitars, and Lee Baxter Hayes on drums.
They disbanded in 1974, but reformed the next year. During the hiatus, from mid 1974 to February 1975, the band members performed with Vincent Crane as Vincent Crane's Atomic Rooster. Further line up changes included bassist Gary Fletcher, who subsequently joined The Blues Band and drummer Martin Bell. The band continued into the late 1970s, changing its name to The Vipers, (not to be confused with the new wave band of the same name) before disbanding.

The British blues-rock boom was such a big deal at the end of the 1960s that plenty of also-ran bands got the chance to fill out the bottom of concert and festival bills, and also to record. Sam Apple Pie were among them, and their self-titled debut album didn't offer much in the style that was out of the ordinary, though it did possess basic competence. You needed more than basic competence to make a mark, however, even in a genre that could be as hidebound as British blues. Sam Apple Pie didn't have those extra special somethings, relying too much upon stock blues riffs and good-time energy that might have been effective in a concert setting, but are pretty dull on record. If any influence from their peers seems strongest, it's early Fleetwood Mac (in both their stinging blues modes and their quieter, more reflective ones).
Songs like "Stranger," "Sometime Girl," and "Winter of My Love," with its swooping slide, downcast lyrics, and minor keys, definitely recall some of the Mac's early tunes. But this is way below the level of the Peter Green-helmed Fleetwood Mac in singing, playing, and songwriting, though at least the band wrote every song on the album except one ("Tiger Man [King of the Jungle]," where the macho bluster is so callow that it's uncertain whether it's a parody or a sincere attempt at the real thing). Certainly the standout track, though the least typical one, is "Annabelle," with a soft jazz-classical-rock blend -- and little of the blues -- that's, again, very reminiscent of some of Fleetwood Mac's work in the 1969-1970 period. The sudden detour into a jazzy jam with flute in "Moonlight Man" is another promising avenue that, alas, wasn't explored elsewhere on this release. 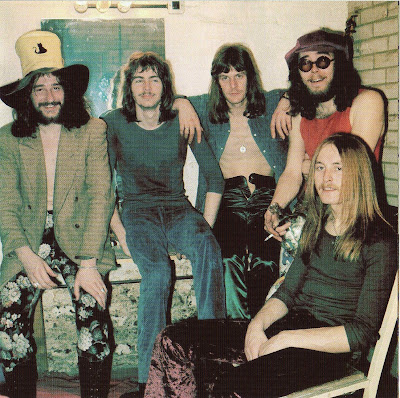 This I never heard. Soon I will. Thanks