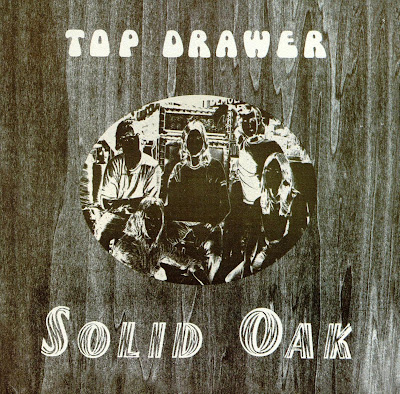 Top Drawer is without a doubt one of those bands that has been long forgotten about. If it wasn’t for this wonderful compilation record, I don’t know if I ever would have stumbled upon these guys. This obscure band hailed from the rural center of the United States, coming right out of Kentucky. There aren’t many facts to be said about the band, considering they were around back in 1969-1970 and they only have one album that I am aware of. Their one and only album, titled “Solid Oak”, was recorded back in 1969 at Fultz Recording Studio over in Kentucky, and if you have one of these original records in mint condition, it could sell for well over a hundred dollars. The album is constantly being sought out due to it’s rarity. According to the record sleeve of the compilation I mentioned above, the album was only repressed one time back in 1980 on Akarma Records from Italy, and has never been pressed since. On top of that, none of the band’s original members have ever surfaced to talk about the music, and it’s not looking like they’re about to show up anytime soon. This song was included on the compilation in hopes that the band members would take notice of the praise that their almost-perfect record “Solid Oak” has continually received over the years. Then perhaps the band members can give us their side of the story on what it was like to be twenty-something years old in the middle of America and release a psychedelic masterpiece, and then vanish back into normal life without a trace. Listen to the first track of their forgotten masterpiece right here on YouTube. This track is the main reason the album is so sought out, with its monumental guitar soloing and the constant loop of the keyboard, this song undeniably flirts with perfection. That’s enough from me, now it’s time to find out for yourself. Check out the amazing “Solid Oak” with the link below…and…oh yeah…


Imagine a talented high quality psychedelic mix of Cream and Grateful Dead with great songs and near progressive structures that remain firmly in Psych land. Perhaps the best privately released Heavy psych album around. Amazing album.
Top Drawer was a organ/guitar driven Hard psych/late 60's style psych band that released this great album in 1969. It is late 60's underground hardrock/psych, but the lead guitar and organ is way psychedelic and wasted with a vibe similar to Bolder Damns way out there psychedelic leadguitar style (I hope ya know what I mean). Both albums have a great underground vibe and talent and songwriting skills you'd expect from the best out there. Both albums are keepers. Enjoy them and share your views! 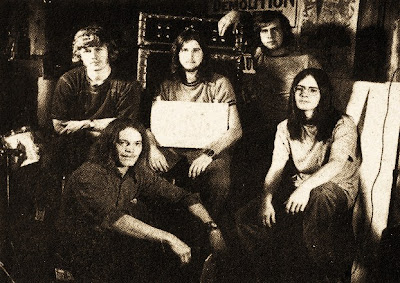 Thanks Silverado, if it lives up to the praise only halfway it'll still be worthwhile.

Seeker of higher truth and being a dit…

Another one that's new to me. Thanks for the oppotunity

It will be interesting to hear it again.
Overall, this is a very cool album! :P

how to use linkedin a dit…

Hello there!
I just discovered this album. Is it possible to reupload? I might have the same request for some more in the near future.
cheers
WG