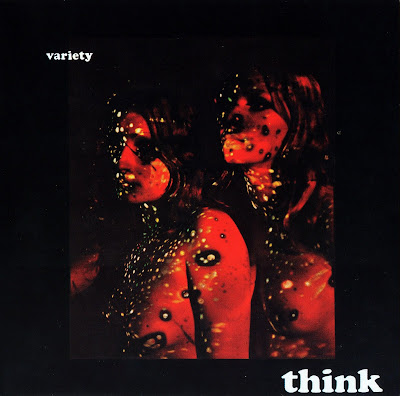 Think was one of many German incidents in the early 1970s which produced one album and then disappeared for ever and ever. The band featured skilled musicians, for example two from Hungary and one Czech who some day played in Germany with the Philharmonia Hungarica ... and then decided to stay. Soon they found some German mates to build up a six-piece crew and came in contact with the Marl/Ruhrgebiet based label Menga which 1973 released their sole album 'Variety'. This is an appropriate album title by all means.
They offer a nearly eclectic sound when mixing up classical, jazzy, symphonic, heavy, folk, blues and psych elements to something very interesting and enjoyable. With other words: this is nothing rough and unpolished ... if anything than the two bonus tracks probably, earlier recordings included on the Garden Of Delights reissue. Both appear in a more heavy rock vein where More Drops is also clearly Pink Floyd infected. The groovy All that I remember shines with some experimental gimmicks. This foreshadows the trickiness of the following regular album tracks.

think start the album very relaxed, folksy, the title song is decorated with violin and Frank Voigt's flute, later turning to a swinging jazzy mood and even classical impressions. And so on ... they build up a surprising chain of varying impressions provided with turns and breaks where you immediately can recognize the compositional ability. Then you will meet the mellow instrumental Watercorps - of course once interrupted by a frantic hurry-up. Drops is pervaded with hallucinatory impressions as well as jazzy excursions. The epic Draw Conclusions from partially sounds like performed by the Keef Hartley Band, bluesy with playful organ ...

... so you can hear they take the album title quite literally. And it works on top of it! Vocals are surprisingly good compared to other German bands and all in all this is somewhat relaxed music. As mentioned before 'Variety' is digitally remastered and re-issued, available via Garden Of Delights. The booklet of 32 pages holds many images, illustrating the spirit of that time very nicely. A very good progressive rock effort - recommended! (By Rivertree) 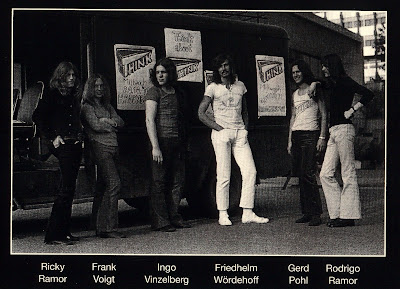