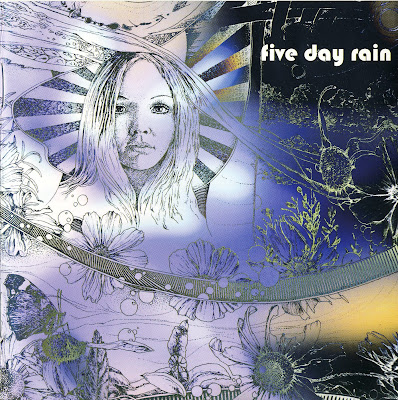 This is the first authorised issue of one of the best English albums on the edge between psychedelia and progressive: Five Day Rain. The band formed in late '68 as Iron Prophet, a heavy trio comprising Rick Sharpe, Clive Shepherd and Dick Hawkes. They changed their name to Five Day Rain in early 1970, with the arrival of Graham Maitland and the beginning of the recordings presented here. The usual disagreement between musicians, management and producers led the album to be shelved (only a few acetates were pressed) and the band to split. Rick Sharpe, Shepherd and Maitland formed the short-lived Studd Pump before taking separate ways, with Sharpe joining glam rockers Streak and Maitland resurfacing with Glencoe.
Five Day Rain was issued for the first time on CD a dozen years ago, with a nice John Hurford artwork made for International Times magazine, but without both musicians and illustrator permit. This new issue, made with the essential contribution of Rick Sharpe, uses the original running order and is enriched by a few bonus tracks: a Bob Dylan cover (Too Much Of Nothing) and four tracks recorded at the time but left off the purposed LP. These, which have been completed by Rick Sharpe with a few overdubs in November 2005, are the only recorded proof of the original heavier Iron Prophet sound. The 12 pages booklet features the band's detailed story, with never-seen-before photos and Sharpe's own funny anecdotes, while John Hurford has generously created a brand new artwork, elaborated by Loriana Martin.(By pinkmoon) 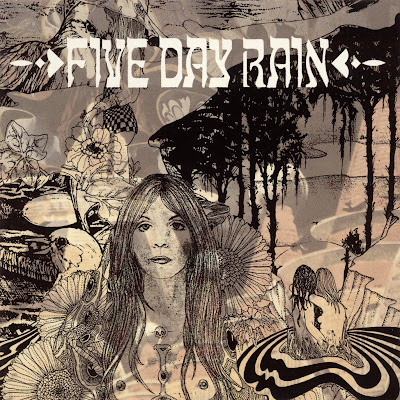