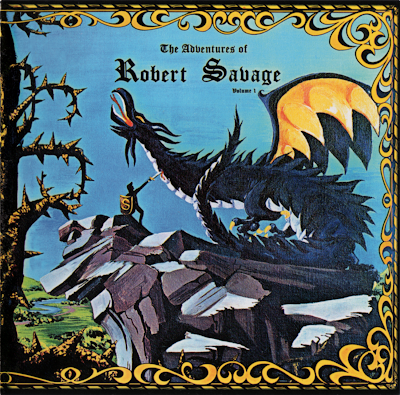 Volume 1 is the First and only Album by the American Hard-Rock Psychedelic Band The Adventures Of Robert Savage.
Little is known about this Band, apart from having recorded this Album in California, United States, so it is thought that they are Americans. I really don't know what i can say about them, because there is really no information, and the fact that they are Americans is already a supposition. The Cover-Art may be misleading, i thought this was a Medieval Rock Album, while it is a 70's Hard-Rock Album. It is very good nonetheless, a fantastic drawing of an hero slaying a Dragon on the top of a cliff.
The opening song, "Beaver Baby" starts with a strong Guitar Riff, very groovy, and some extraordinary Vocal work, especially the Female. The song is very powerful, and it is undoubtedly one of the best songs in the Album. "Milk Run" there are parts of the song thar are extremely enjoyable, the Vocals for instance, have some great moments (some weren't so great) and the Guitar Solo is also something which should not be discarded. "Don´t Run And Hide" best part is the Refrain, which unfortunately is repeated only a few times, for a music this long. The Drums take the lead role in "A Hard One", which is a very Soul-full song, with Jimi Hendrix like Vocals. This one, "7 Days Drunk", would be better of without the Guitars, because it as some very catchy moments, but they don't correspond to the Guitar lines. The largest song in the Album is probably also the weakest "Save Us From The Cyclops", is extremely tedious, and has the smell of something that has been rotten for ages. "Amy" starts bad, but it starts getting better and better, until the moment where a Guitar full of effects, starts a Kick-Ass Solo. "Road Apples" is truly a great finale. A 4 and an half minutes instrumental Jam, with a fantastic Guitar work and an amazing Beat. It is truly the best end this Record could have.
Volume 1 indicates that they intended to record more Albums, but it never happened.(From Red Hippie Blog) 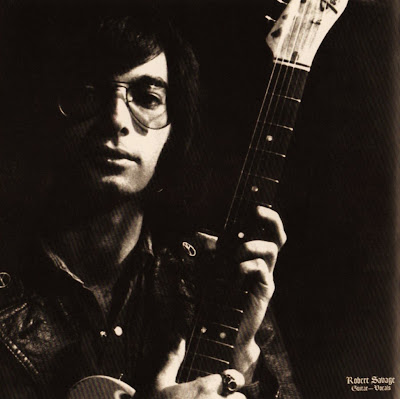 The guys are from South Africa. Tremendous band and our loss for not having more of them

More is known than you think. Robert Savage was Bobby Arlin from The Leaves and The Hook, he unfortunately passed away a few years ago. As for South Africa what planet are you on?

I had totally forgotten about this band until I stumbled across your blog. I saw them in 1971 as a triple bill with Wishbone Ash & ZZ Top @ the Shreveport Municipal Auditorium (home of Elvis/Louisiana Hayride). The guitar player, who I assumed was named Robert Savage, wailed on guitar. I bought the album at the concert, still have somewhere in a box in the garage - going digging for it now. Also, was first time I ever heard of ZZ Top - they turned out to be pretty good too. Thanks for the flashback.

I saw these guys at the Long Beach Arena in California back in '71. They opened for Joy of Cooking, then Linda Rondstadt, Quicksilver Messenger Service closed. Everyone was great! My first rock concert and I'm still hooked.