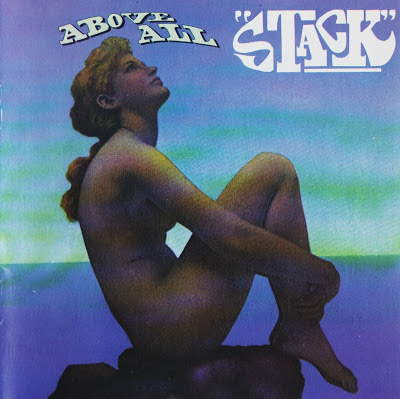 A local Californian release and one of the rarest and probably the most significant American private press hard rock album of the era. Stack was 'discovered' in the mid-eighties and since then only a half-dozen original copies have ever turned up. Above All is a heavy blaster with echoes of U.K. freakbeat / psych creeping around in the shadows - Stack had an unusually super-distorted guitar sound, the result of using special custom made amps from a private factory in Los Angeles called Quilter. There's also one cover version - a wild garage R&B of Leiber and Stoller's Poison Ivy, and the remaining tracks are sixties style hard rock.

Stack were a figurehead group in a busy hard rock scene exploding out of the Los Angeles area in the late sixties. Formed out a surf act called The Vandells and another local act called Wabash Spencer, they went on to gig with such notables as Buffalo Springfield, Three Dog Night, Iron Butterfly, Illinois Speed Press and Frank Zappa. They were also often supported by Alice Cooper! However, fame and fortune eluded the band, not for lack of talent but because of a 'bum' deal from their record company. Signed for an eight year contract they were subsequently written off as a tax-loss, which left them contractually bound, no money and nowhere to go but obscurity.

Thankfully, the Void and Gear Fab reissues have made the album available to a wider audience for the first time, which should help Stack gain the attention they justly deserved. The Gear Fab CD also comes with extensive liner notes. 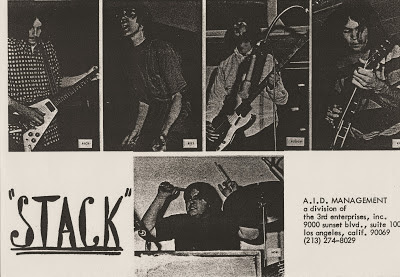 many thanks my friend

Thank you so much, I was chasing this long time now....