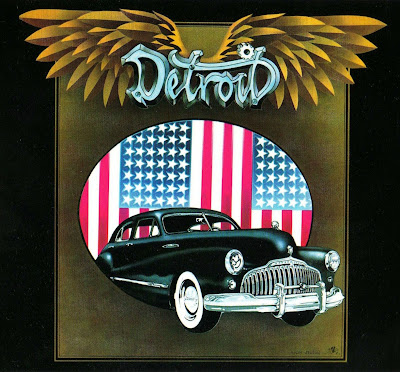 Detroit was a latter-day incarnation of Mitch Ryder's Detroit Wheels; formed in 1970 after the singer returned to the Motor City following a stint in Memphis recording with Booker T. and the MGs, the new group reunited Ryder with his former Wheels drummer John Badanjek, and also featured guitarists Steve Hunter and Brett Tuggle, bassist W.R. Cooke and organist Harry Phillips. An energetic, R&B-influenced outfit firmly in the tradition of Ryder's past projects, Detroit issued their lone self-titled LP on Paramount in 1971, scoring a major radio hit with a gritty rendition of Lou Reed's "Rock and Roll" which so pleased its writer that he later recruited guitarist Hunter to join his own backing band. As throat problems began plaguing Ryder more and more, he was forced to quit singing in 1972, and his relocation to the Denver area a year later dashed any hopes of a second Detroit album; local singer Rusty Day (Amboy Dukes & Cactus) then assumed control of the group, guiding the unit until its 1974 break-up.(By Jason Ankeny From All Music) 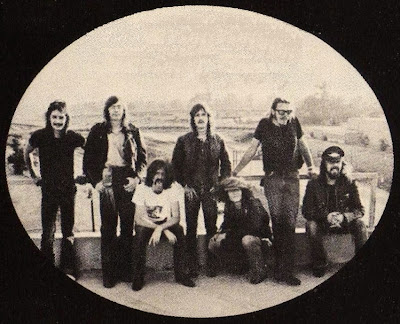 Great album! Thanks for making it available here.

Any chance of a re-upload of this album? Cheers!