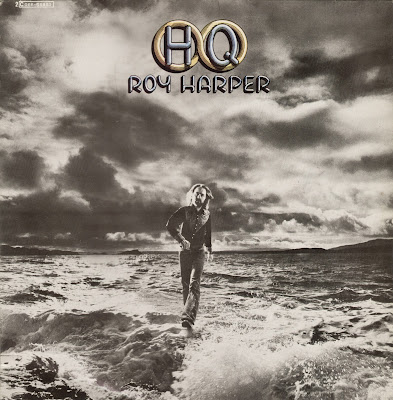 Harper considers HQ to be "...probably the best record that I have made to date"

HQ finds Roy in 1975 as part of a rock quartet, Trigger. The album opens with The Game, one of Harper's most compelling long songs--it's a rocker with a smart lyric and includes David Gilmour and John Paul Jones. The next 2 tracks are solid rockers, "Spirit" is an anti-religion song, and "Grown ups" is a great 50's style boogie displaying Roy's playful wit. "Referendum" has some sweet guitar from Spedding and switches between acoustic and electric. "Forget Me Not" is the first acoustic song on the album and is a beautiful love song. "Hallucinating Light" is beautiful and finely crafted, and the album is superbly topped off with "Cricketer," an emotional and lovely take on aging and the proud memories of a life. The bonus tracks are good, but not as essential as the original album songs. Throughout, Roy's voice is top-notch. The lyrics are some of his finest, and his band is tight and rocking. I recommend this gem to anyone who likes classic rock, and especially to fans of Pink Floyd, Led Zeppelin, Jethro Tull, and Dylan's folk-rock. HIGHLY RECOMMENDED!
(By Elliot Knapp)

Great album,nice to have it
in lossless.Thanks a lot for your
effort.

thanks for the great music !

In France, a famous critic Phillippe manoeuvre said in "101 disque à écouter avant la fin du monde" (101 disc to listen before the end of the world)" for the critic of happy trails "the concerts of Cippolina have a thrue cult on internet, with many blogs (silverado"
now your blog is quite official !