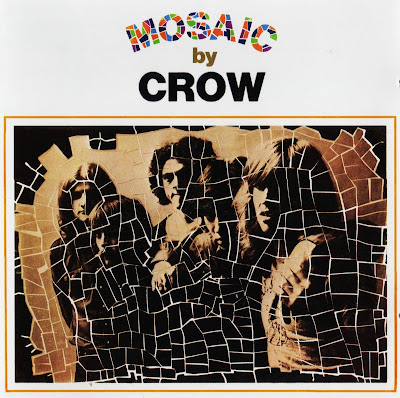 Minnesota's Crow were one of those bands who made an impressive dent in the charts early on, only to be victimized by a ruthless business and left in disarray before they could truly capitalize on their success. Led by Dave Wagner, this quintet flourished in the midwest for several years under the guise of 'South 40', before changing their name in 1969. That year, Crow bypassed an offer from Atlantic Records and signed with the smaller Amaret instead. This decision marked the beginning of what would eventually cause the band to implode. Their debut, "Crow Music" was issued that year and quickly their first single began its run up the Billboard charts. "Evil Woman" (which was later covered by Black Sabbath) went on to be the band's highest charting single. Despite the grand entrance the band had made, Amaret was unable to market the band properly due to their financial limitations and soon the band's momentum began to wane. Crow hurried into the studio and released "Crow By Crow" in 1970, which did not measure up to the success of their debut. A few singles made low chart entries and the album quickly vanished from distribution.

This album, "Mosaic" was released the following year and features some of the band's most memorable material. With Wagner's gritty vocals falling somewhere between Jim Dandy Mangrum and Janis Joplin, the material here is fiery and driving. Bearing a strong bluesy hard rock feel, each of the nine cuts smolder with a passion that borders on spiritual. Despite the quality of the songwriting, this album sank without a trace and the band fizzled by late 1972. It's sad because alot of the band's early material had been saddled with horn sections, which was forced upon the group by Amaret Records. The band were never happy with the change of direction and it is this album where the band finally return to their true sound. Unfortunately, it was a case of too little too late. Adding insult to injury, the band's three albums have never seen reissue. Luckily, this clean vinyl rip will provide listeners a chance to hear the band at its most distilled and clear. Try this out....you'll dig it.

Many thanks for the albums Crow

Could You Re-Up Please?