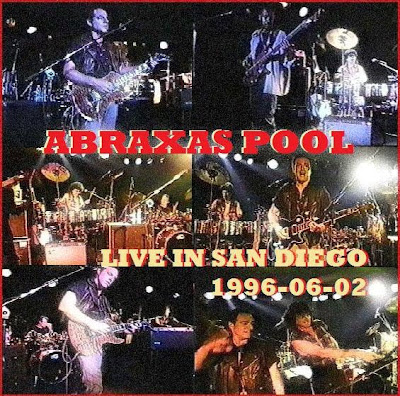 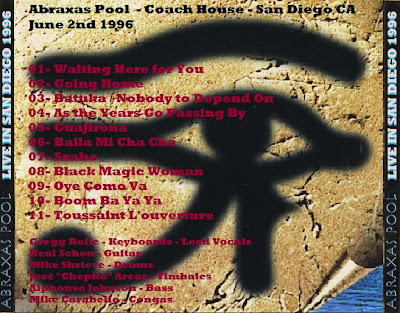 If you are familiar with Abraxas Pool, then you know that the group contained many of the former members of Santana. The group released only one studio album in 1997. Unfortunately, the cd went out of print and is difficult to find. This is the only live Abraxas Pool known , the concert is fantastic with a really good sound.
Enjoy !!!

Thank you so much for this.

I`ve had this for awhile now.. who needs santana.. this is what hw should have been doing for last 30 yrs.. god listen to szabo..friggin incredible!!

Can you send this to please! @ jimmy.palafox811@gmail.com

i can't find the links to download this albums. the links goes to a netkups site, but there are not the files

can you send me the working links please ?
thank you

G'day Silverado, any chance of a re-up of this rarity? Can't find a flac copy of this anywhere :( Thanks, Tony