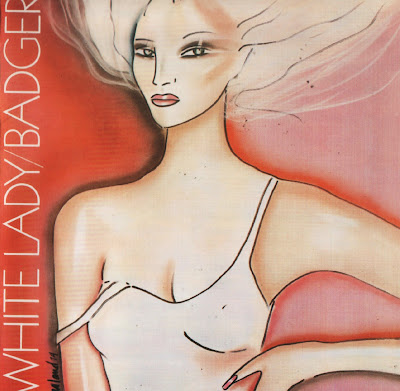 This is the least Yes-sounding album on this page, as Badger went full-tilt into soul. Parrish and Foster left the group, and were replaced by one-time Apple records artist Jackie Lomax (vocals, guitar), former Steeler's Wheel guitarist Paul Pilnick and bassist Kim Gardner. Lomax is White Lady's key figure; he not only writes all the songs, but has a fine smooth soul voice. Allen Toussaint recorded the album in New Orleans, and he gave the band the full contemporary R&B/soul sound - horns, backing singers, prominent rhythm section. Unlike One Live Badger or other English bands who explored American soul (Clapton or Traffic at times), Badger was far more interested in grooves than soloing (or even soloing over the grooves). Dyke and Gardner usually kickstart the tracks with a catchy rhythm ("Don't Pill the Trigger"), then Lomax swoons in, while everyone plays along. Pilnick sticks to rhythm , so they brought in Barry Bailey in on slide, with an appearance by Bryn Haworth as well. There are a few nods towards the Allman Brothers intertwined guitars (the ode-to-drugs title track with Jeff Beck playing lead, "Listen to Me"), but overall White Lady is really a group effort. Lomax is almost too low-key at points, and when he gets excited he has a tendency to get frog-voiced, but he is still the focal point. But this is about the grooves, and in conjunction with the excellent production they have plenty (the opening "A Dream of You" is great, "Be With You", "Lord Who Give Me Life"). Quite the guilty pleasure as such, but it failed to chart and the group broke up soon afterwards. Kaye subsequently joined Badfinger. 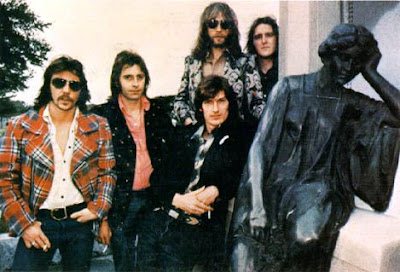 Great album, quite melancholy in places. Magical but understated solo by Jeff Beck on 'White Lady', still can hear it. Favourite track was 'Everybody Nobody', very reflective on the shortcomings of people and life.