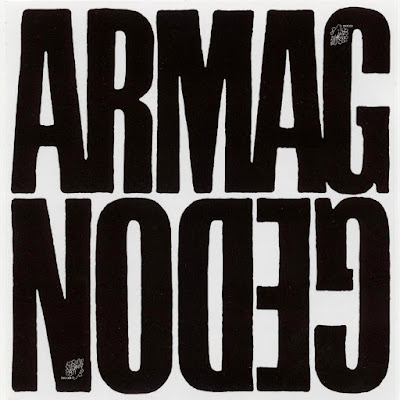 Not to be confused with the UK outfit, this German release from 1970 is an absolute belter of an album. Hard rock with definite progressive and psychedelic edges, the guitar of Frank Diez drives this one all the way.
Why didn't this group record more than just one album? Their self-titled album is a heavy progressive masterpiece with excellent, Hendrix-influenced guitar work and vocals by Frank Diez. Armaggedon was the start of his long and impressive career. Their album had six tracks, and two of them were cover versions. Most impressive was the 10-minute version of Jeff Beck Group's "Rice Pudding". This track had some of the greatest heavy guitar riffing to appear on a German record. Their version of Spooky Tooth's "Better By You, Better Than Me" was also competent enough. In addition, both Frank Diez and Manfred Galatik (electric piano, bass and vocals) wrote great songs, as typified by the tracks "People Talking" and "Open". Michael Nürmberg (bass, rhythm guitar) and Jurgen Lorenzen (drums) provided a strong backing. Armaggedon's album has rocketed in price during recent years, due to the ever increasing interest. However, demand for the group was poor way back in 1970, and Armaggedon soon broke up. Diez never played material with a similar energy again, his next step was to join the 'slightly-above-average' jazz-rockers Emergency.  He later played with Randy Pie, Karthago, Ihre Kinder and Atlantis.  Luckily the Armaggedon album was released on CD in 1991 with a sharp and clean digitally remastered sound (in a limited edition of 1,000 numbered copies). 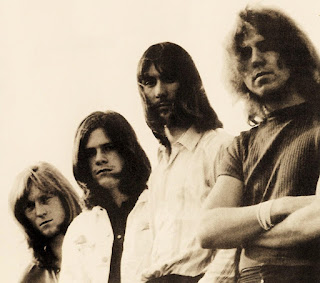 your due for some update, don't ya thibk