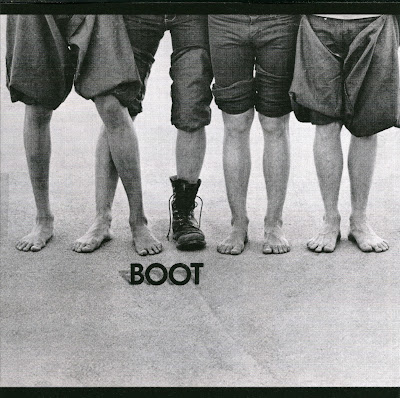 Released by the Texas-based Agape label, the band debuted with 1972's cleverly-titled “Boot”.  Co-produced by Mike Stone and Peter Thomason, the album was recorded in Nashville, Tennessee at James Brown’s Starday/King Studio.  With all four members contributing material the album offered up a mixture of blues-rock and blues-rock, with an occasional stab at a more commercial tune.  The band was blessed with three decent singers.  Nothing more than a guess on my part, but judging by the songwriting credits (assuming whoever wrote the track probably handled lead vocals), Mycz seemed to have the tougher-rock voice in the group while Eliassen was gifted with more commercial chops.  Knox fell somewhere in the middle with a modest country-rock feel to his voice.  Knox also showed himself to be n immensely talented lead guitarist – check out his lead work on ”.
Not the most original blues-rock/boogie album you’ve heard, but these guys played with considerable energy (on-line fan testimonials universally praise their live performances), and Knox was one talented lead guitarist.  Worth looking for though copies have become increasingly expensive as folks had discovered the band. (RateYourMusic)