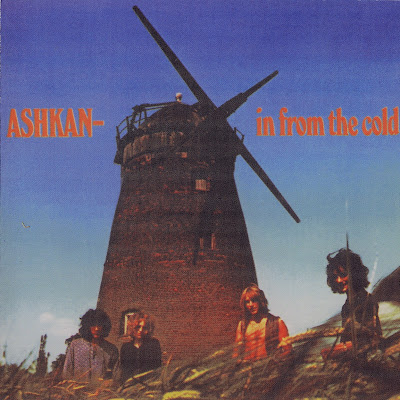 Hailing from England, Ashkan made blues-oriented hard rock, with influences of Free and Black Cat Bones and a little more madness. The vocals are at times reminiscant of Mike Harrison (of Spooky Tooth) or elsewhere like Joe Cocker.

The band’s sound is propelled by Bailey’s hoarse growl and the band’s penchant for screaming guitars. While most songs stay with the progressive meets blues sound found in “Going Home” or “Practically Never Happens,” the band does vary that sound a bit, including the almost folk “Stop (Wait and Listen)” and early Traffic in “Slightly Country”.

Released in 1969, “In From The Cold” remains as Ashkan’s only album.(Rateyourmusic.com)