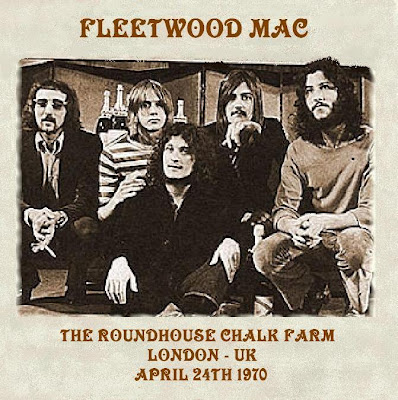 April 24, 1970 — In early April, when Fleetwood Mac returned to London after an emotional European tour, Peter Green, devastated by drugs, suddenly announced he would be leaving the group in late May. Clifford Davis, the band’s manager, reluctantly began cancelling an upcoming British tour set to begin the following month. Relationships in the stunned band were strained, but the Mac still had to complete recording “The Green Manalishi (With the Two-Prong Crown)”, Peter’s final studio effort with them, as well as a B-side for the single. To underscore the troubled band relationships, Jeremy Spencer opted out of these sessions to work on his own album.
Despite the high tension, the recording sessions at De Lane Lea Studios in London, driven by the intense music, still had their moments. Mick set up his new gong, surrounded by six microphones and miles of cables, in the underground car park below the studio. When Mick banged his gong, that car park vibrated like a giant bell with an eerie ringing that reverberated off the walls. Talk about an echo! Another night, Carlos Santana showed up, and it didn’t take long for a lengthy jam session to start. In the past, Peter often hit upon brilliant melodic ideas in the midst of jams like these, and on this night, he was showing Santana some pretty impressive licks. At some point, Peter had introduced Santana to “Black Magic Woman”, the hit that Carlos would record shortly thereafter for his own band’s second album. Throughout the sessions, Clifford did his best to convince Peter to stay, but Greenie steadfastly maintained his intention to leave, seemingly happier now that his decision was public. 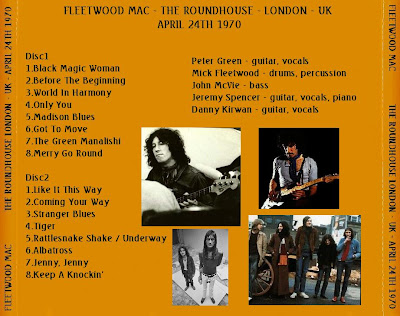 Looking forward to hearing this. Thanks very much.