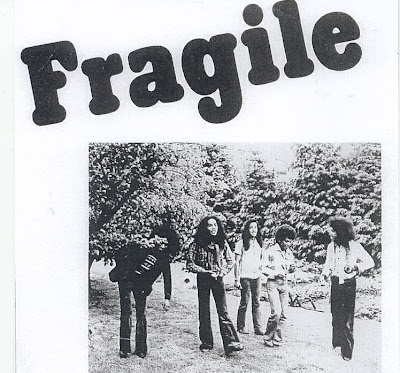 Fragile was an obscure band that played a heavy, twin guitar rock. They choose this name as a tribute to the band Yes, who had released an album by the same name. The music of Fragile is not unlike Cargo or Wishbone Ash. The band saw the light around 1972. They recorded an album in 1974 but it was not released until 1976. After the album was released their rehearsal location, including their equipment, was burnt down. This didn't make them stop performing, but eventually they did disband the band due to lack of income. In 2004 their album was released on cd.
.
Remastered reissue on CD of the one and only album by Dutch 70's psych/rural band consisting mainly of Mollucans who play guitar like crazy, as we know. On one side long track they expose a tapestry of excellent guitar fuzzing. One of the most wanted albums from Holland, and an absolute ultra rarity, originally made as a private pressing for friends, relatives, etc.(Freak Emporium) 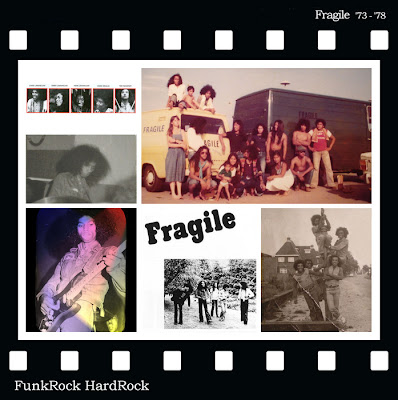 The most memorable event I have found and definitely fragile.
Bridget@ Guitar Strings