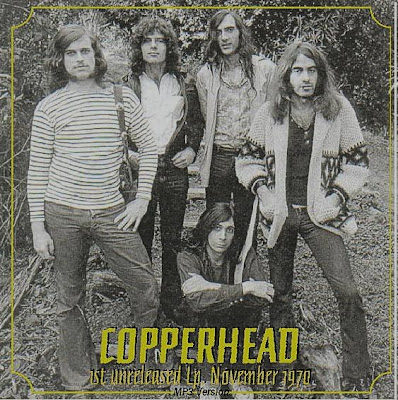 Recorded at John Cipollina's home's studio, Mill Valley, California.
This is exactly the copy of the original John's notes reported on his reel.

This is a rare recording. Copperhead's story is long, but in a few words: first Copperhead attempt in this, John tried to shopthis at various record companies with no luck. Two years later his father Gino paid for the recording of a demo that finally was sold to CBS (= First Lp).
A year later the second album was ready to release, but Columbia stopped the project because the first one sold nothing. Columbia still have the masters of the 2nd lp. John's brother Mario tried to rebuy it from them to release it, but did not get a reply from any Columbia executive.
Nice to hear Jim McPherson. I wonderif anyone's got/heard much of Jim's previous band's Stained Glass and before that, "The Trolls". The Trolls had a monster song called "Walkin' Shoes". It's a must have in my book...(38f Fabio)

Tracklist
01. Rocket Ship
02. Putting It To You (I Just Gonna Move You)
03. Drunken Irish Setter (1st ever known version)
04. Motel Party Baby (tape's speed is not stable on the original recording)
05. Highway No.9 (acoustic version)
06. Mama (title of the first incarnation of Bigelow 6-9000)
07. Chameleon (Unobsky & McPherson on vocals) 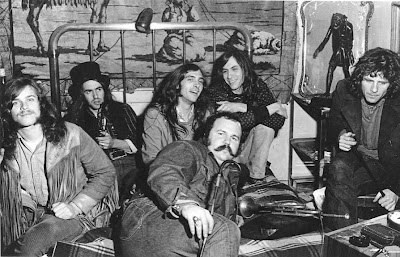 thanks for the john cipollina and copperhead.

Vince said...
I can't get any stuff here ... but a great information from your Blog is very helpful,
And I end up with Youtube, Thanks

thanks for the John Cipollina and Copperhead music.. If they release the second album I hope i'm still alive.

Thank you for this material. I've been discovering a lot of unknown bands for me, thanks to your blog. Regards.

Could you please please please re-post the Eric Quincy Tate bootlegs that you had inhere a few years ago?!?!?!?!
I lost them all when my machine broke down a month ago.