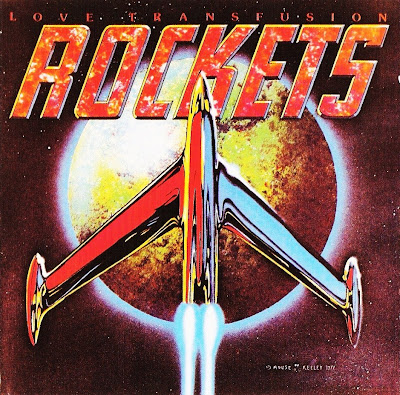 ROCKETS HISTORY.... The Rockets were formed in 1972 by former Mitch Ryder & The Detroit Wheels members Johnny "Bee" Badanjek and Jim McCarty. Vocals and drums were handled by Bandajek, McCarty was on lead guitar, John Fraga was on bass and Marc Marcano was on keyboards. Johnny Bee was the driving force and primary songwriter for the Rockets. In the early days, The Rockets paid their dues playing gigs at venues such as, The Rainbow Room and The Peoples Ballroom in Detroit, and The Rock 'N Roll Farm in Wayne Michigan.
The band took on a new sound in 1976 when David Gilbert was brought in to take over vocals from Johnny Bee. Gilbert had fronted several garage bands and had a brief stint singing for Ted Nugent and The Amboy Dukes in 1971. His drinking and drug habits didn't set too well with the Motor City Madman. Gilbert's raw vocal power proved to be just the ticket to complete the Rockets sound. However, as Nugent had before them, Badanjek and McCarty quickly realized Gilbert would be trouble for the band with his frequent drug and booze binges. The friction between them would go on for seven years before it eventually tore the band apart.
Five studio albums produced several minor hits including a rocking rendition of Fleetwood Mac's "Oh Well". Always a popular group in Detroit, and Michigan, The Rockets had gotten some attention outside of the state, but never really got the big break to become a true national act. The first album, Love Transfusion, was released in 1977. It failed to produce any hits. The 1979 self-titled release featured the hits, "Oh Well" and "Turn Up The Radio". This record also featured on bass, David Hood, one of the "Swampers" from the famous Muscle Shoals Sound Studios in Alabama. Muscle Shoals was mentioned in Lynyrd Skynyrd's southern rock anthem "Sweet Home Alabama". Also, this Rockets album was dedicated to Skynyrd members Ronnie Van Zant, Steve Gaines and Cassie Gaines, who all perished in Skynyrds infamous 1977 plane crash. The third attempt came in 1980 with "No Ballads", "Desire" was a popular tune from this album. Next came the "Back Talk" album in '81 and then finally "Rocket Roll" in 1982. "Rollin' By The Record Machine" from this release was the last hit for the band. The final release, "Live Rockets" was recorded on New Years Eve 1982 at the Royal Oak Music Theatre near Detroit. 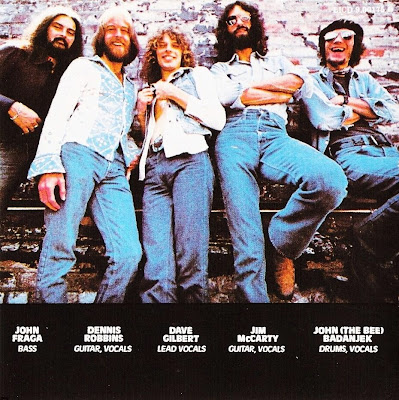 Everything you've got about The Rockets is welcome. I had downloaded the studio albums from your links some time ago but here is a chance for those who missed them !
Thanks for this series ! Rockets posts are impossible to find elsewhere.

Many thanks for all the Rockets posts (and reposts)! I'm a long time Cactus fan so hearing McCarty in a new setting will be great.

Thanks for this excellent reissue